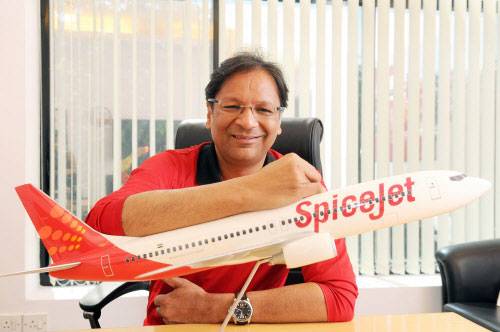 With support from the state government, Guwahati, Assam’s main city and the gateway to India’s northeast, has the potential to become a major airline hub, says budget carrier SpiceJet’s Chairman and Managing Director Ajay Singh. Singh feels that because of the northeast’s strategic location, it can also become a major airline cargo hub and generate hundreds of jobs. “The northeast can be made a cargo hub which will create hundreds of jobs if training institutes can be started with government support,” Singh said at a seminar on “Assam’s Trilemma: Create jobs, Enhance skills, Promote entrepreneurship” here late on Saturday evening.

With Arunachal Pradesh calling, it was but natural for five-time world boxing champion Mary Kom, an epitome of mother of substance, invited as special guest for Mrs Arunachal-2016 scheduled on Nov 26 to accept the call. But, the information that the Skyone Airway would go for mandatory maintenance during November 25 to 27 left the organisers  of  the event busy in  full swing preparations high and dry.

Aimed at projecting ‘Mother of substance’, adviser and patron Ngurang Pinch and organiser Ngurang Reena made all possible efforts but failed to manage a helicopter.

Reena contacted Mary Kom on Wednesday who consented to travel by road not to miss the event, being organised by the Ngurang Learning Institute (NLI) at Dree Ground Naharlagun, near here, on November 26 next.

“All arrangements have been made and madam has consented to come as the event is not as a beauty pageant but to celebrate the strength, determination and empowerment of women of the State,” an overwhelmingly happy Reena said. 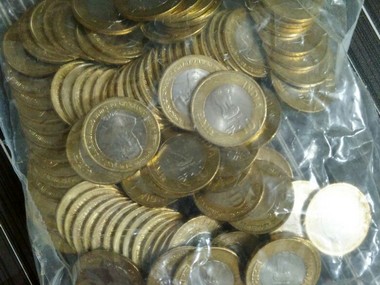 With a rumour that Rs 10 coins had been declared invalid by the RBI spread like wildfire in the State, many residents in Shillong as well as other parts of the state have refused to accept the coins. Many local shops and vendors have also stopped taking the coins. According to information, the rumour started doing the rounds some days back after someone posted a message on social media. It has been reported that some less-informed or uninformed persons who suspect the genuineness of such coins are creating doubts in the minds of ordinary people including traders, shop-keepers, etc. This prompted the State Government to take up with the local RBI officials who in turn brushed aside all rumours related to the alleged fake coins.

An RBI official said that there is no such move by the RBI to withdraw Rs 10 coins, and an FIR could be registered against a person for refusing a legal form of money. Sources said RBI has informed State Secretary of Finance, Sanjay Goyal, that these coins have distinctive features. The Reserve Bank has advised members of the public not to give credence to such ill-informed notions and ignore them and continue to accept these coins as legal tender in all their transactions without any hesitation.

The eighth century archaeological site Unokoti hill of Unokoti district in Tripura is set to get World Heritage site tag. Tajesh Gorg, superintendent of Archaeological Survey of India, Aizawl circle said. He was speaking after inaugurating an exhibition at Unokoti as part of World Heritage Week celebrations on Saturday. The exhibition will continue till November 25. He said that Unokoti is one of the richest heritage sites of the region but it fails to attract much tourist due to lack of campaign and stressed the need for spreading the message of the eternal apple of the site to the outside world. He said that the Aizawl circle of the Archaeological Survey of India has recently been set up to look after the archaeological sites of Manipur, Tripura and Mizoram and assured that necessary steps will be taken to improve the Unokoti and other archaeological sites of the region.

District magistrate Pramatha Ranjan Bhattacharjee, additional superintendent of police Biplab Deb and other dignitaries were present. They urged the ASI to take step for better maintenance of the site and publicizing it.

Unokoti a Saivite pilgrimage site is known for its marvellous rock carvings, murals with their primitive beauty and waterfalls. The name Unokoti means one short of a crore. According to legend, Lord Shiva was going to Kashi along with one crore gods and goddesses and halted for one night at this hill. He instructed all to wake up before the sunrise but in the morning none except Lord Shiva woke up. An enraged Lord Shiva set out for Kashi and cursed all others to become stone. This way the hill became an abode of one less than a crore gods and goddess.

More than 400 children have been rescued by Railway Childline from Guwahati railway station between July 2015 and November this year.

While most of the rescued children had been abandoned by their parents, some were runaways and victims of substance abuse. Some of the children had also been listed as missing and some others are victims of trafficking.  The Railway Childline is a joint project of the Union Ministry of Women and Child Development and the Railways to ensure the care and protection, security and well-being of runaway, unaccompanied and trafficked children who come in contact with the railways. It was launched in 20 stations last year in association with Childline India Foundation. An official of RCL Guwahati, said, “During the period from July 20, 2015 to March 31, 2016, we recued 201 children.  On the other hand, we have rescued 210 children between April 1 and November 13 this year.”  “We deal with children found unaccompanied on the premises of railway stations, children who need medical help and who suffer from physical, sexual and emotional abuse in family or schools,” he said. 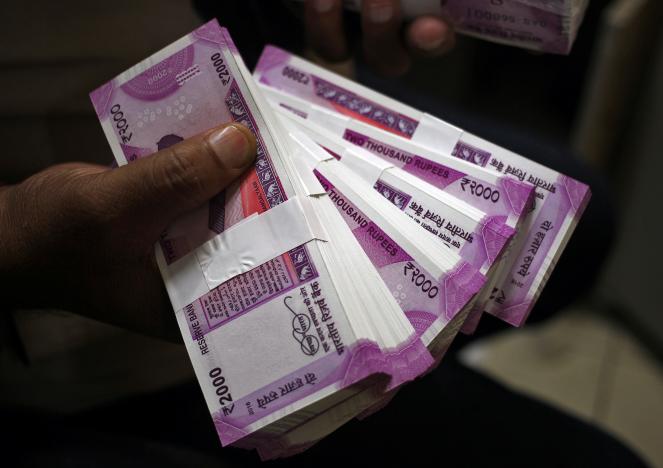 Minister of State for Finance Arjun Ram Meghwal on Wednesday said that the information on printing of currency notes was a secret matter and its details could not be made public.

He, however, sought to assure the people that the presses have sufficient capacity and enough currency is being printed, even as long queues outside banks and ATMs continued a week after the demonetisation move. “Printing of notes is a secret matter, the details cannot be disclosed. Answers to queries like when did the printing of new notes begin, where are they being printed cannot be revealed,” Meghwal told IANS. How many currency notes the presses are minting everyday cannot be revealed, but the government can assure that the capacity of these is “more than enough” to meet the demand of people, he said.

Asked about the serpentine queues before banks and ATMs for the eighth consecutive day after the November 8 demonetisation announcement, Meghwal said: “The bank branches are working well. Recalibration of ATMs will be successful in 1-2 weeks. After that new Rs 500, and Rs 2,000 notes will come in ATMs. As soon as the ATMs are recalibrated the speed of withdrawals will increase.”

He said everyone was welcoming the action taken by the government. “Even the younger generation is in favour. Only a few people are creating panic-like situation,” he said.

The minister said the suggestion for indelible ink marks on those coming to exchange old notes has been implemented in major cities from Tuesday, and would help in reducing the queues outside banks and ATMs.

“It (indelible ink) was a suggestion from the public that we liked and accepted,” he said.

Elaborating on the planning that went behind carrying out demonetisation on such a large scale, Meghwal said: “It was kept a complete secret. We were continuously cautioning the people through formation of SIT, benami property law, Income Declaration Scheme, etc. We were preparing people for this. This was our agenda since 2014.”

Apart from the thousands standing in queues, bank officials are also strained due to the daunting task ahead. They blamed it on cash arrival not being “up to the optimum”.

Kavya, a banker with the HDFC Bank, told IANS that they were neither averse to the decision of demonetisation, nor to working overtime, but the cash crunch was a big worry.

“An ATM can only hold up to Rs 2.5 lakh in 100 rupee denomination and with these machines not recalibrated to dispense the new Rs 2,000 notes, the queues outside the ATMs are getting longer,” she said.

The money at ATMs is also dwindling fast as most people are taking out the maximum allowed Rs 2,500 — the limit fixed per transaction — leaving many high and dry owing to shortage of currency notes.

An official at an Axis Bank branch admitted of “big time problems” but said that like others, they too hoped that things will improve soon.