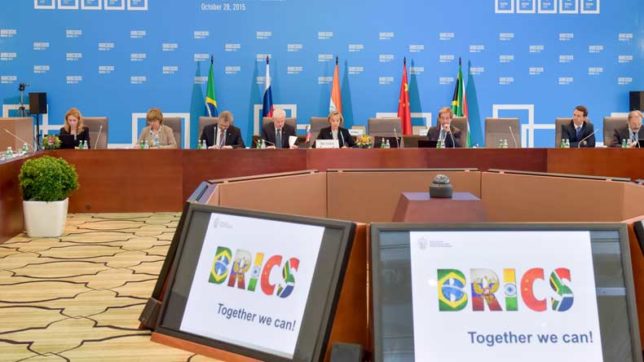 Cancer therapy a la paintball? Three teams from BRICS countries, including Russia and India, plan to embark on a project that uses the benefits of nanotechnology to simultaneously bundle both diagnostics and therapy into one package for treating cancer just like paintball activity.
Dubbed nananotheranostics’ (abridged from therapy-diagnostic), this emerging advanced nano-medicine helps customising treatment for the patient and also shorten time between diagnosis and therapy of a disease, all with one pharmaceutical agent.
Like those James Bond-style GPS tracking devices, nanotheranostics allows monitoring drug delivery, movement of drug and therapeutic responses, enabling treatment strategies to be modified according to changing needs of the patient.
As tackling cancer is not a one-size-fits-all scenario, nanotechnology provides the means for more precise and earlier tumour localisation and more efficient treatment with less secondary effects.
Countries such as the US, UK, France and Germany are leading in nanotheranostics for personalised medicine.
To tackle cancer burden in the BRICS bloc, three teams representing Brazil, India and Russia have framed the “Development, Characterisation and Evaluation of Nanoradiopharmaceuticals for Breast and Prostate Cancer Imaging, Diagnostics and Treatment” project (DCEN-4-BRICS).
“Nanotheranostics may help to save millions of lives, ensure earlier diagnosis, cheaper treatment and better quality of life of the patients,” Igor Nabiev, Laboratory of Nano-Bioengineering, National Research Nuclear University MEPhI (Moscow Engineering Physics Institute), the project’s Russian co-ordinator, told IANS here in an interview.
Nabiev said the idea is to develop biodegradable nano-sized vehicles which would be loaded with anti-cancer drugs and/or radioisotopes used for cancer imaging (through SPECT and PET) and treatment.
Imaging techniques “methods of producing pictures of the body” are important element of early detection for many cancers and are also important for determining the stage (telling how advanced the cancer is) and the precise locations of cancer.
In addition to the cargo of drugs and radioisotope, these nano carriers would also be labelled with fluorescent quantum dots (QDs) to make them visible and tagged with single-domain antibodies for cancer specific recognition.
“These nano carriers will recognise and bind specifically to the tumours,” Nabiev said.
Due to the QDs, the tumours can be seen optically and courtesy the radioisotopes, they can be visualised through imaging techniques (SPECT, PET) once these nano scale structures stick to the tumour.
And ultimately, on attaching themselves to the tumours, these drug-loaded nano carriers can release the drug to the tumour site and kick-off treatment.
All in one go.
Nabiev believes scaling of multifunctional carriers production will certainly make them much cheaper than existing drug delivery systems. The three-year long project is in the final stage of submission.
“It has just been submitted in India, it will be submitted on November 28 to BRICS secretariat and Brazilian funding body, and by November 30 deadline to Russian Foundation for Basic Research,” informed Nabiev .
“The total cost for this first stage of the three-year-long project which should demonstrate the proof-of-proposed-principle is nearly 150,000 USD per year.”
The project aims to harness the Brazilian co-ordinator’s expertise in cancer radioisotopes imaging and treatment (Ralph Santos-Oliveira, Nuclear Engineering Institute, Brazilian Nuclear Energy Commission), Nabiev’s lab’s prowess in QD development for cancer optical imaging and advanced cancer recognition molecules, and Indian coordinator’s (Umesh Gupta, School of Chemical Science and Pharmacy, Central University of Rajasthan) specialisation in biodegradable polymeric capsules/carriers.
“Furthermore, we expect that the DCEN-4-BRICS project will create not only a solid Brazil-Russia-India collaboration background, but also a synergy for wider collaboration and nano medicine network involving the other BRICS countries,” Nabiev said.
The BRICS bloc has been recognised for its potential to influence global health, with the Director General of the WHO, Margaret Chan, commenting in 2011 that “BRICS represents a block of countries with a great potential to move global public health in the right direction towards reducing the current vast gaps in health outcomes and introducing greater fairness in the way the benefits of medical and scientific progress are distributed”.
Finally, this project will include student exchange programmes for drug delivery system development.
“Doing this, we will promote nanomedicine and nanoradiopharmacy and offer new undergraduate and graduate programs, thus providing unique impetus to the careers of young researchers for all collaborating partners,” he added. 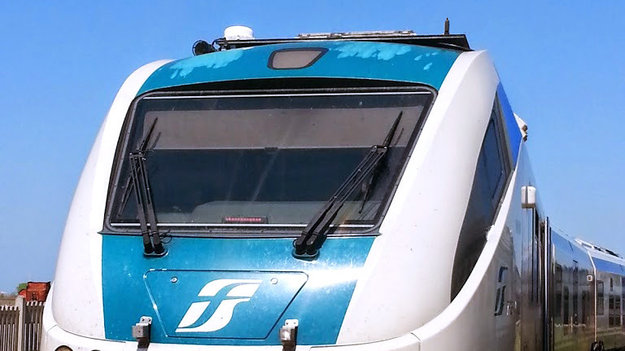 In this age of accurate geo-location and real time information through GPS (global positioning system), satellites have become ubiquitous as eyes high up in the sky. Whether for remote sensing of resources or predicting weather, maintaining telecom links or keeping a lookout for enemy planes and missiles, satellites are playing a wide array of roles. And now satellites will warn people near unmanned level crossings of approaching trains. Indian Railways has joined hands with ISRO to adopt a satellite-based system under which integrated circuit (IC) chips are being installed in train locomotives and unmanned level crossing gates. When a train is 500 metres away from such a level crossing, a hooter will begin sounding the alarm and will get progressively louder as the train nears. Surely, this is a safety measure that needs be welcomed, considering that the highest number of rail accidents (40%) occur at such crossings. An RTI query last year revealed that 613 lives were lost in such crossings from 2011-12 to 2015-16. Of course, the number of casualties has been coming down and the Railways have targeted completely eliminating unmanned level crossings in the next 2-3 years. Presently, hooters are being installed at unmanned level crossings on Delhi-Mumbai and Delhi-Guwahati routes. After such crossings are eliminated in due course, the hooters would be shifted to manned level crossings as an added safety alarm. In addition, satellites will also help the Railways keep track of train movements on real-time basis. While bullet trains hog the headlines, it is such incremental tech solutions to improve passenger safety that will help improve the image of the Railways.

Published by The Sentinel
http://www.sentinelassam.com 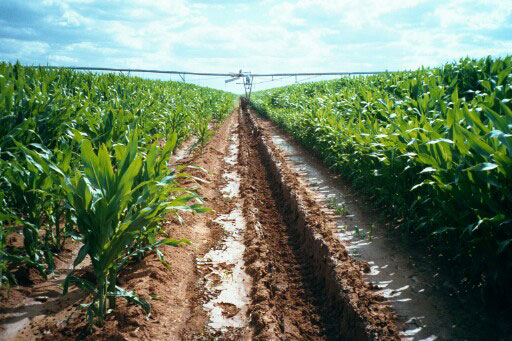 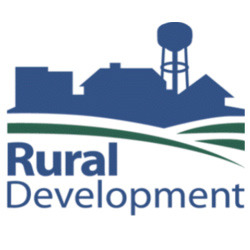 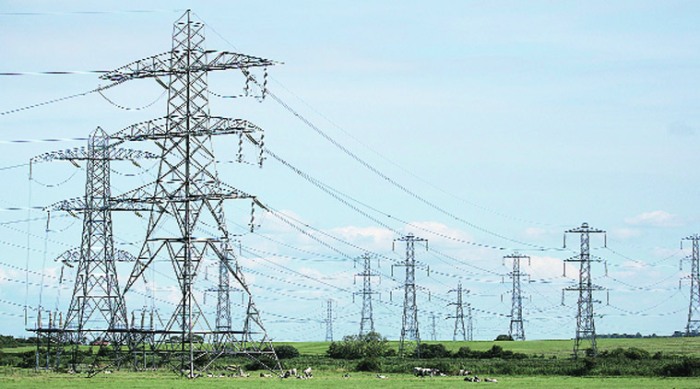 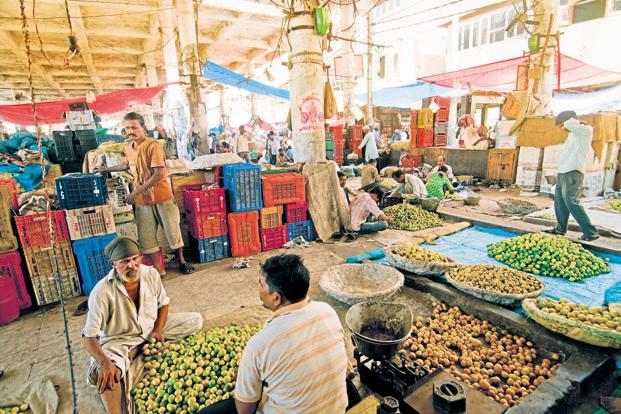 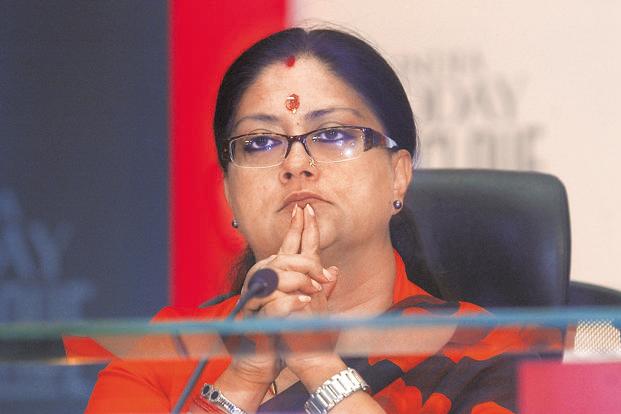 The Vasundhara Raje-led Rajasthan government has come out with an ordinance that would warm the cockles of a corrupt babu’s heart and make his counterparts in other States go green with envy. It prevents the courts from taking up private complaints against both serving and former judges, magistrates and public servants in Rajasthan from being investigated for on-duty action, without the government’s prior sanction. No public servant during service tenure is liable for questioning for any decision or action in the course of duty (except under the relevant section of criminal procedure code), no FIR can be lodged against him, no magistrate can order a probe against him, nor can anyone move the court against him. So unless the mai-baap sarkar permits, an aggrieved citizen can get no redress against a babu guilty of a fault, acts high-handed, abuses his authority or demands a bribe outright! The ordinance also seeks to bar the media from reporting on accusations till official sanction is forthcoming (within 180 days). Until that green signal comes from the authorities, the media can neither name the babu, nor publicise his photograph or details like his official designation or address. Any violation will invite up to two years in jail. According to Rajasthan Home Minister Gulabchand Kataria, the ordinance is necessary “to save the honest officer”. He argues that honest officials are “afraid to work, apprehending that someone would deliberately make a false complaint by trapping them”. Surely this is an extreme instance of a government going to ridiculous lengths to shield officials who are incompetent, shirk work or are outright corrupt. But the same mindset operates in many other State governments too, including in Assam — what with ministries and departments stonewalling RTI queries endlessly and withholding sanction to prosecute officials accused of graft. 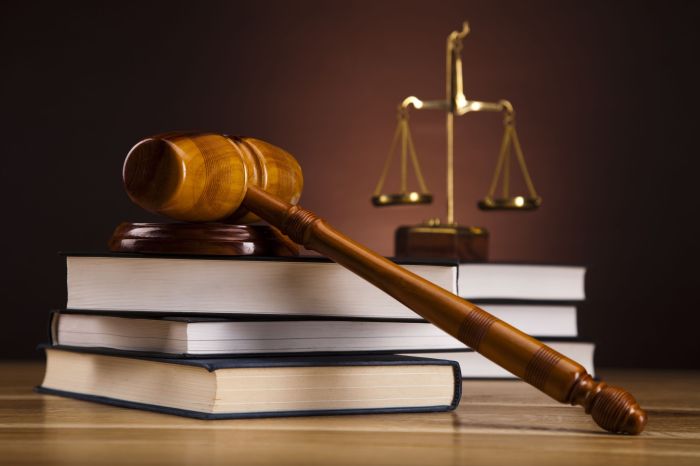 What comes as a major surprise to most people is that our country does not have any legislation on refugees and that it is also not a signatory to the United Nations 1951 Convention on Refugees and the 1967 Protocol on Refugees. This information was furnished by the Deputy Secretary, Home (Foreigners’ Branch) Ravi Chunder on September 13, 2017, in reply to an RTI petition filed by the Assam Sanmilita Mahasangha working president Matiur Rahman. This information is both intriguing and frightening, largely because of the enthusiasm with which India has been accepting refugees from several neighbouring countries over the years. Even today, India has been responding positively to all requests to accept refugees from other countries. Many of the Rohingiya refugees from Myanmar have come well prepared with documents that would make it impossible for India to turn down their request for refugee status. This willingness to accept refugees from neighbouring countries blindly militates against the wishes of the people. But the government seems totally insensitive to the people’s wishes. It has, therefore, become imperative for a hopelessly charitable country like India to have rigid legislation on refugees so that the gratuitous generosity about accepting refugees does run counter to the interests of Indian citizens. The government seems to keep forgetting that India is an overcrowded country with one of the highest population densities.

The Sentinel Assam ( News from Assam )
Blog at WordPress.com.